It is suitable for yoga teachers and trainees who want to incorporate Yin Fascial yoga into their teaching and also for people who want deepen their understanding of Yin Fascial Yoga. It is a healing journey of self-development and self-discovery which will empower your teaching skills and your confidence.
It will provide you with comprehensive lessons to deepen and enhance your teaching skills on the physical, energetic and causal bodies through a series of lectures, hands-on practice, practical demonstrations and videos.

This training allows teachers to teach Yin Yoga and practitioners to delve deeper into it; it can also be  a start key for the 300 hour Yin Fascial Yoga certification which is registered as a Continuum Education certificate program by the International Yoga Alliance.

(this price includes 5 nights accommodation in a double hut, 3 daily meals, and training program and manual.

(this price includes 5 nights in a single hut, 3 daily meals and training program and manual)

On successful graduation of the course, students will receive Green Lotus certification and the 50 hrs Yin Fascial Yoga certification. Students are also eligible to apply to Yoga Alliance U.K and U.S. to be able to use the title of ‘Registered Yoga Teacher’ RYT as a sign of quality training.

Beta felt drawn by spirituality from a very young age and yearned to learn more. She was inspired by her surroundings including the African Brazilian rituals; their form of worship and the importance placed on nature. She also connected to Allan Kardec’s Spiritism and Osho’s meditations and therapies, Yoga and meditation soon became very significant in her spiritual evolution.

As an avid athlete and capoeira practitioner, she studied Sports, Leisure and
Physical Education at University in Brazil where she took up the study of Ashtanga Yoga and Sports Massage.

Beta later moved to Boston where her love for Ashtanga and Power yoga was born while frequenting Baron Baptiste classes. She then got certified in an Ashtanga-based Power Yoga at the Soft and Hard Institute with Beryl Bender Birch, in Myofascial Release Therapy at the Palmers Institute of Bodywork, and got initiated into the healing practices of Reiki – becoming a Reiki Master and took an one year intensive course in the chakra healing ‘s Barbara Brennan approach. She became a certified YogaKids® teacher by Masha Wening, and started teaching at private and public schools. She continued practicing with big names in Asana yoga practice – such as Manju Jois, Baron Baptist, Dharma Mittra and Anne Forrest – before opening a yoga studio on the coast in Brazil. Back in Brazil, she developed the YogaSwahaKids Program, and started offering teacher trainings. Currently, Yogaswahakids is based in Bali and offers 95 hours Yoga Alliance Teacher training programs at the
world renowned Green school.

Life then took her to India; where visited Iyengar’s Institute and spent time in
Osho’s Community in Puna and practiced with Sri.Pattabhi Jois in Mysore. She began to realize through the more physical mastery of the asanas that she yearned for the more spiritual.

Her journey then took her to Tiruvannamalai, where she became absorbed by the teachings of Advaita Vedanta and other great masters, such as Mooji. Through the inspirations of her teachers, Mooji and Prem Baba, her path then led her to what would become to be an integral part of her life.

India still had more to teach her. She studied in Ayurvedic massage (Kusum Modak Method), which brought her therapies to another level. In Rishikesh, she learned the power of living in devotion, becoming deeply in touch with Bakti yoga practices.

Her Mindfulness approach come from Tibetan Tantric practices, Vipasana meditation and Zen Buddhism. Studying with such renowned teachers such as Simon Low and Sarah Powers not only gave her a new perspective on Asana practice (a beautiful combination of Yin
yoga and spiraling movements) but also taught her to be humble and mindful.

When she moved to Bali, she took up a Yin Yoga teacher training with Denise Payne and a course in Bioeletric Matrix Craniosacral therapy with Dr. Adolf Brown. More recently, she completed the BioDynamic Breath and Trauma Release® basic training and is studying to become a Somatic Experiencing facilitator from Peter Levine’s method.
All of her experience has led her to a integral blend of Yin yoga, Myofascial Release Therapy, Mindfulness Meditation and Breath Work. Through this beautiful and compatible combination of modules, she has created The Spiral and The Yin Fascial Yoga Educational Program. She now travels the world sharing her knowledge in her workshops, retreat programs and Teacher trainings. 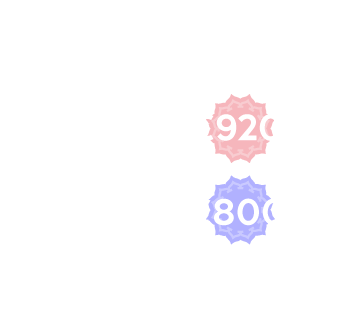